What Is a Shipper Seal and How Does It Help You? 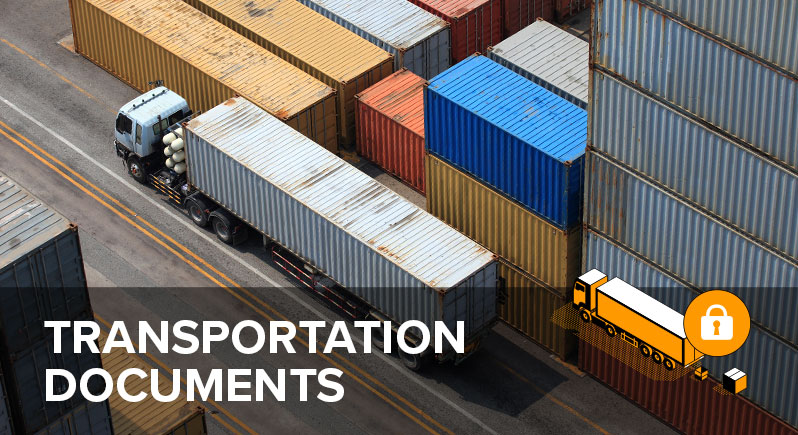 For a consignor, nothing's more nerve-racking than watching a truck pull out of the terminal carrying sensitive goods. From that point onward, all the consignor can do is hope that the shipment will make it to the consignee—swiftly, safely, and intact.

The road can be a wild place—full of any number of malicious threats, both internal and external. Commercial truck theft is rampant these days. Therefore, shippers need to protect themselves at every turn.

Fortunately, mechanisms exist that help you ensure secure deliveries. For example, if you work with a reputable forwarding agent, you can put the onus on them to ensure a safe delivery. And of course, there's the bill of lading to ensure that all items in the shipment are accounted for.

With that in mind, here’s everything you need to know about shipper seals.

What Is a Shipper Seal?

A shipper seal is a door tag that hangs on an international shipping container once loaders have put all items on a truck and shut the door. To ensure the integrity of each shipment, the shipper seal must stay affixed to the container until it reaches the consignee.

There are two types of shipper seals. Have a look at the descriptions below, and think about which type would work better for your business.

A bolt seal is a device that acts as a one-time padlock for a truck door. Bolt seals are high-security seals. Regulations apply to bolt seals in order to ensure compliance with the Customs-Trade Partnership Against Terrorism (C-TPAT) legislation.

Bolt and cable seals both offer high levels of physical protection for trucking companies. While they aren't indestructible, either type of seal can thwart intruders—including nefarious drivers or petty thieves—from interfering with items before those items get to where they're going.

For example, if a shipment arrives with a broken seal, the driver will have to explain what happened.

Shipper seals should never be paint-based or paper-based. Instead, they should always be secure, tamper-proof objects. Otherwise, it may be difficult to determine why things are missing or how they got broken.

Why Are Shipper Seals Important?

Shipper seals can provide evidence that nobody tampered with items during transport. Conversely, a broken seal can indicate that someone tampered with the container at some point during the journey.

The consignor will then have to decide whether to remove items for inspection or to send the items back due to a breach of contract.

It’s important to consult the bill of lading throughout this entire process to make sure you stick to the terms of the deal.

Does the Law Require Shipper Seals?

Federal C-TPAT regulations require that all U.S.-bound containers have seals that secure their contents. The seals also should be approved by the International Organization for Standardization (ISO). Customs agents won't allow shipments that lack C-TPAT seals to pass through.

There are a number of key considerations to keep in mind when it comes to your decision to use shipper seals, and which type of seal to use. We’ll explore them next.

A shipper seal needs to be in the proper location on the door of the container in order to be effective. It’s not as simple as tagging a random part of the truck or carrying a seal in the cabin as proof of delivery. There's a specific purpose to using a shipper seal, and it’s important to follow the rules.

Place shipper seals over each door on a container, and attach them to the lock rod. This way, if someone opens the door during transit, the seal will break, indicating a breach of contract. It’s an easy way to make sure that shipments go exactly as they should—and that goods and other products aren't stolen or compromised.

2. The Seal Must Remain Intact

3. Shipper Seals Should Be Digital

Almost all aspects of the trucking industry are going through digital transformation, and shipper seals are no exception.

Until recently, shipper seals were an entirely offline process. Most shipping companies were primarily using paper systems to keep track of shipper seals. Naturally, this invited fraud and abuse, with bad actors always trying to gain an edge. A clever thief could possibly manipulate a bill of lading or replace a shipper seal during transport, rendering them ineffective.

In the digital age, shipper seals can become digital and therefore accessible by mobile devices. For example, some companies are now using digital container seals that can trigger alerts when someone modifies them or breaks them during transport. Consignors, consignees, and drivers can all receive notifications informing them of a change so that they can take immediate action.

In addition, mobile apps can digitally track shipments so all stakeholders know where goods are in transit. For example, photos and scanners can help document shipper seals and ensure safe deliveries. This can provide peace of mind in a way that is user-friendly for drivers.

Customers often want to know if it’s expensive or difficult to digitize shipper seals. As it turns out, the process is both easy and cost-effective. Serious shipping companies looking to modernize their operations should strongly consider digitizing this often overlooked component of shipping.

Good news: Vector can provide custom mobile applications to help digitize shipper seals—along with many other types of workflows. Even the bill of lading can become digital with the help of Vector for fast and efficient data transfers (and faster payment, too).

Learn more about how Vector can help your shipping company improve its approach to shipper seals.