Bill of Lading Types: A Look at the Most Important Ones 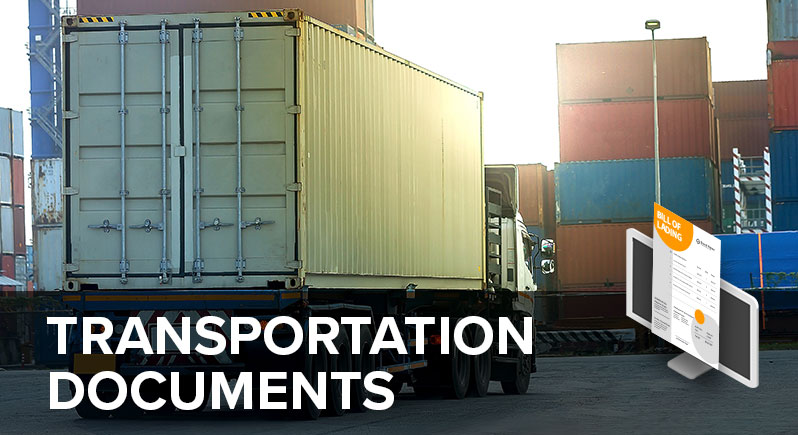 The bill of lading is one of the most important items in shipping. This legally binding document outlines the specific agreement between a shipper and a buyer, serving as both a receipt and a set of instructions. Without a bill of lading, shipments can become more confusing and there could be disagreements between buyers and sellers, to the point legal arguments may arise.

It’s important to note that there isn't just one type of bill of lading. Many bill of lading types are available, depending on the arrangement that’s taking place.

To make sure your shipment goes off without a hitch, it’s important to have a thorough understanding of the various bill of lading types and to know when to use each. That way, you can pick the right bill of lading for the transaction at hand, making the process smoother for all parties.

With that in mind, let’s take a look at 13 of the most common bill of lading types so you can get a better idea of which document to use in future transactions.

A clean bill of lading is just about the best thing an operator could ask for.

3. Received for Shipment Bill of Lading

What’s more, a carrier may also issue a “received for shipment” bill of lading immediately after goods are received. The carrier would typically distribute this document when cargo is loaded in a dry port and then transferred onto a ship.

4. Through Bill of Lading

In some cases—such as an international shipment—cargo will require extensive coverage. In these instances, it makes sense to distribute a through bill of lading.

A through bill of lading covers a shipment from its point of origin all the way to its destination. You'd most likely distribute it when shipping items over international borders or when there has to be multimodal transportation to complete a shipment.

When a shipment arrives at its destination, the people there check the items against the specifications that the original bill of lading outlines.

A shipping party has the right to know what it's transporting. For example, shippers want to make sure they aren't transporting ill-gotten cargo or illegal products.

However, it’s not always easy to tell what’s in a load when items are in containers.

When this happens, the shipping party may request a container bill of lading. This document details the contents of individual containers.

NVOCCs will issue a document called a house bill of lading. This serves as an agreement between the shipping party and consignee, acknowledging the agreement of terms on which items are to be shipped.

The house bill of lading specifies the consignor and consignee at the port of destination. People also call this document the forwarder’s bill of lading.

A master bill of lading is similar to a house bill of lading, except a carrier issues it to the NVOCC or freight forwarder. This document is essentially a receipt for the transfer of items.

The only time companies use a charter party bill of lading is when transporting items by sea.

In this case, a party must hire a vessel to charter goods to a destination. A charter party bill of lading is a receipt of goods between the party that charters the ship and the carrier.

After receiving a bill of lading from a shipping carrier, an exporter must submit the bill of lading to its bank. This may be a negotiating bank, buyer’s bank, or supplier’s bank.

In most cases, there's a grace period to ship the bill of lading. A bill submitted after the grace period ends (usually 21 days) is considered “stale” and is no longer accepted for payment. This is because it comes in after the goods reach their destination.

In this case, a seller will agree to use a specific method of transportation, with an assigned consignee. A straight bill of lading will specify the exact goods being transported and spell out the way to ship them to a destination.

In some cases, a shipping party won't specify an individual consignee at the port of destination. Instead, the shipper may opt to use a bearer bill of lading.

This document gives the shipper the legal power to endorse the bill of lading at the shipper's discretion. It also enables them to transmit the document to the buyer. This transfer results in a bearer bill of lading, when a buyer officially completes the transaction.

In an international shipment, an exporter must officially transfer ownership to an importer.

This is an important legal document, as it specifies exactly when items transfer to another party. The surrender bill of lading is a fast and efficient method of transferring ownership between parties.

How You Can Streamline Bills of Lading

As you can see, the bill of lading is a critical document in any transaction. It's vital to transmit them quickly and efficiently so you can prevent complications between shippers, receivers, and creditors.

Companies like Vector can help streamline bill of lading collection using customizable mobile apps. With the help of Vector, shipping companies can reduce risk and ensure compliance along every step.

For more information on how Vector can help your organization with bills of lading, follow this link to find out how to customize your workflows.