Consignee: Everything You Need to Know About the Role 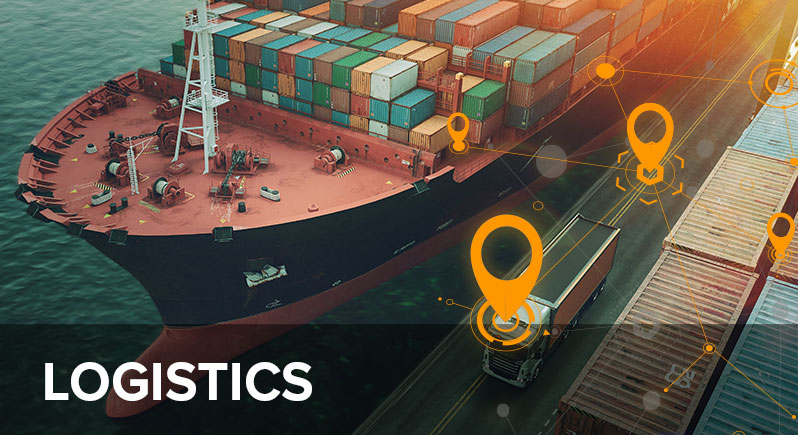 If you’re new to the shipping industry, you may be confused about some of the roles and responsibilities that are involved.

For example, one of the most important roles involved in the shipping process is the consignee.

This post will explore the critical role of the consignee, which is required in every shipping arrangement. In short, you can’t have a shipment without a consignee.

With that in mind, here’s a brief primer on everything you need to know about the consignee.

What Is a Consignee?

A consignee is the importer of record for a particular shipment. This person is usually either the buyer or a client of the buyer who handles inbound deliveries.

The consignee is the person who must receive, inspect, and sign a shipment at the time of delivery.

In most cases, the carrier will be unable to legally complete a delivery without the approval of a consignee or an authorized representative. The consignee must be physically present in order to collect a shipment from a carrier—unless it’s specifically outlined as otherwise in the bill of lading.

What Is a Bill of Lading?

The bill of lading serves as a legally binding contract outlining exactly what’s being shipped and the expectations for the delivery.

For example, imagine a carrier is transporting perishable goods to a destination. The bill of lading will specify exactly how the goods are to be packed and stored during transport—including the temperature of the cargo area and the locking mechanisms that should be used to keep items from moving.

The bill of lading is critical because—in the event a dispute arises—the document will be the first and likely the only document that will be reviewed.

It’s important to remember that there are many types of bills of lading. What’s more, it's possible to substitute a bill of lading with another version of the document. When this happens, people in the industry call it a switch bill of lading.

Now that you have a better understanding of the consignee and the bill of lading, let’s take a closer look at what the consignee is actually responsible for.

What Are the Consignee's Responsibilities?

Generally speaking, the consignee is responsible for paying duties and covering any freight charges that may accumulate on top of them.

The consignee is also responsible for making sure that the items are in the appropriate condition as outlined in the bill of lading. As such, the consignee will inspect the shipment for broken or missing items when the cargo arrives.

If items are over, short, and damaged (OS&D), the consignee will need to file a claim immediately with the carrier, who will then be tasked with carrying the request for reimbursement or removal of the incorrect shipment.

Once a consignee signs the necessary receiving documents, they earn responsibility and ownership of the goods. At this point, the carrier has no further duty related to the shipment, excluding of course any obligation related to transmitting paperwork or returned items back to headquarters.

Who Does a Consignee Interact With?

As important as the consignee is, he or she is part of a larger team of contacts that must work together to complete a shipment.

Here are some of the other people that a consignee will interact with when processing shipments.

The carrier is the party that is in charge of delivering items to their destination. This can either be an independent owner-operator or someone who works for a larger fleet. The carrier is responsible for receiving the bill of lading and transporting items safely to the consignee.

In some cases, such as a busy warehouse environment, a consignee will not be able to physically inspect and receive all shipments.

Larger shipping companies will sometimes employ a dedicated over, short, and damaged clerk. This individual’s job is to receive, inspect, and manage claims. The OS&D clerk typically works out of the consignor’s warehouse and in conjunction with other members of the shipping department.

Why the Consignee Is Important

The consignee is ultimately the most important person in a shipping transaction. After all, this is the customer—the person that the carrier needs to please in order to receive compensation.

We're operating in a customer-driven world. In fact, the customer experience (CX) is now one of the most important business metrics.

When consignees aren’t happy with the service they’re receiving, they have the power to take their business elsewhere. That being the case, businesses need to go above and beyond to keep the consignee happy in every transaction.

For this reason, fleet managers need to be in direct contact with the consignee or members of their team during the process. They can provide shipping updates and general customer service to ensure strong experiences.

Does the Carrier Have to Listen to the Consignee?

While the consignee is important, that doesn't mean the carrier is powerless.

In some cases, consignees can be difficult to work with and overly demanding. For example, they may claim that an item was broken during transport when in fact it wasn’t. Or they may attempt to make demands at the time of delivery that conflict with the specifications of the shipping contract.

The carrier should always go by what the bill of lading says. And when disputes arise, they should be handled directly with management back at the warehouse.

Under no circumstances should a carrier take orders or attempt to negotiate with a consignee. Doing so could violate the terms of the contract and result in a potentially complicated legal situation.

How Vector Can Help With Consignees

It bears repeating: The consignee is someone you want to keep happy. And one of the best ways to keep a client happy is to provide speedy and accurate service.

Simply put, this is very difficult if you're using paper-based systems.

For example, imagine a consignee rejects a shipment because of an incorrect order. The consignee should not have to wait several days or even weeks to receive an update on the status of the request. They should receive immediate notification that a review is underway, along with regular updates.

How can you achieve this level of service? A great start is to digitize paper workflows. Carriers can now offer mobile applications for processing paperwork and sharing documents with consignors and consignees—keeping everyone in the loop about what’s going on.

Learn more about how Vector can help you keep consignees happy.