Bill of Lading Legal Requirements: What You Need to Know 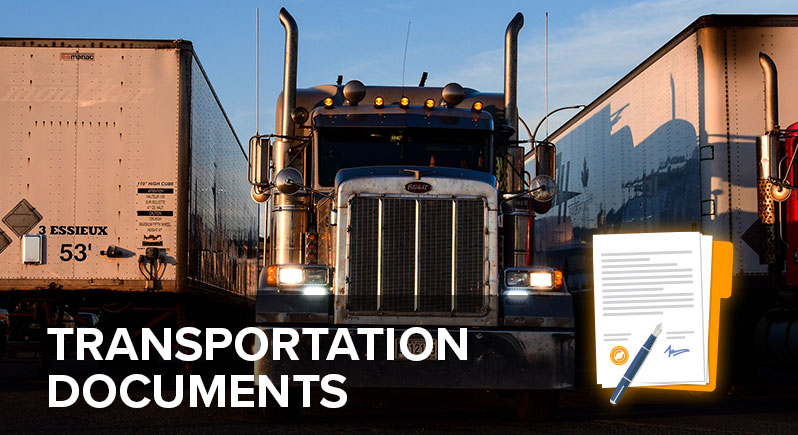 Let's start right from the top with a refresher.

What Is a Bill of Lading?

A bill of lading is, at its most basic, a legal document. It protects the shipper, the customer, and the carrier—all in one document. The bill of lading acts as a contract between all parties.

Here's the sequence of events: The shipper signs off that the carrier has loaded all assigned cargo. Then the carrier verifies the information on the bill of lading and delivers the cargo to the consignor. After that, the consignor signs for the product once it arrives as expected.

Your bill of lading is evidence that the shipper has given permission to haul their goods. Then it's a receipt for delivery.

Now I'd like to review why the bill of lading matters so much.

Why Is a Bill of Lading Important?

The bill of lading is one of the most important documents in the entire logistics industry. It protects the needs of all three major parties in a shipping transaction. Shippers, carriers, and consignees are able to ensure protection during all stages of the process.

Essentially, there's proof at each step of the process that cargo is being shipped as expected. You're ensuring the correct type, quantity, and destinations for product. By having a legal document like a bill of lading, you're able to pursue legal recourse in the event that something is incorrect.

The carrier has delivered exactly what the shipper provided them. This now allows the consignor to communicate with the shipper to find out where the error occurred between them. Meanwhile, the carrier moves on and will receive pay for their work as expected.

Legal Requirements of the Bill of Lading

What Else Is on the Bill of Lading?

Beyond the legal minimums, bills of lading often include a lot of additional information. Often these are for a carrier's benefit. Below are some examples:

Formats of the Bill of Lading

For years, paper bills of lading were the only option. If you're a carrier, you likely got the bill of lading either from a broker or directly from the shipper. There's no requirement for a company to issue a "standard" bill of lading. They do exist, though, such as the Uniform Straight Bill of Lading.

Here's a quick note on the Uniform Straight Bill of Lading. I've included a link describing it in detail. But the main difference from some other BOLs is in how it specifically outlines the liabilities of the carrier in a shipment.

Shippers often will provide their own crafted bill of lading for you. These are often tailored to simplify the necessary information for the shipper in particular.

In recent years, the electronic bill of lading has become more popular, and with good reason. Aside from simply cutting down on clutter, electronic bills of lading speed up the process for all parties. They also provide a much higher level of efficiency with improved workflows. All of the parties can locate all the same information at all times.

You can view electronic bills on a computer or through a mobile device. Furthermore, it's extremely simple to email the document or even print it out if necessary. Better yet, electronic signatures are now also allowed in many cases, which makes the electronic BOL that much more convenient.

Finally, I want to address driver responsibility and legal requirements with regard to the bill of lading.

Roadside inspections are an unavoidable eventuality of every driver. Every driver and carrier is looking to avoid violations during these inspections. You can read more about why here.

So, what are the legal requirements of the bill of lading during a roadside inspection?

The short answer is: There aren't any.

Shippers should be providing carriers with bills of lading. Some carriers may have their own internal bill of lading for use inside the truck. Yet others may be using the aforementioned electronic bill of lading. But ultimately by FMCSA standards, there's no regulatory requirement to keep a copy of the bill of lading inside the vehicle for inspection purposes.

At most, you may wish to provide a copy as a courtesy to the officer. Any of the above methods would suffice for this.

The only real FMCSA regulation regarding bills of lading is that a carrier must retain each of them for at least one year. However, these obviously aren't required to be kept inside the truck itself.

Easier Than You Think

The bill of lading is maybe the most important single document in all of logistics. Yet the information it requires and its uses are very simple.

Logistics can be an overwhelming industry, particularly when it comes to paperwork and documentation. However, the bill of lading is nothing to fret over.

I strongly encourage the use of the electronic bill of lading. Speed and efficiency will improve. Also, it eliminates a risk that can come with paper: losing the document.

Invest in your future. Be proactive. Take control of your documents. You will succeed.

This post was written by Matthew Zandstra. Matt has been working in transportation and logistics dispatch for the past six years, both as a broker and direct to drivers. He’s familiar with various facets of relationships, technical systems, pricing mechanics, and commodities.