Everything You Need to Know About Sleeper Berth Rules 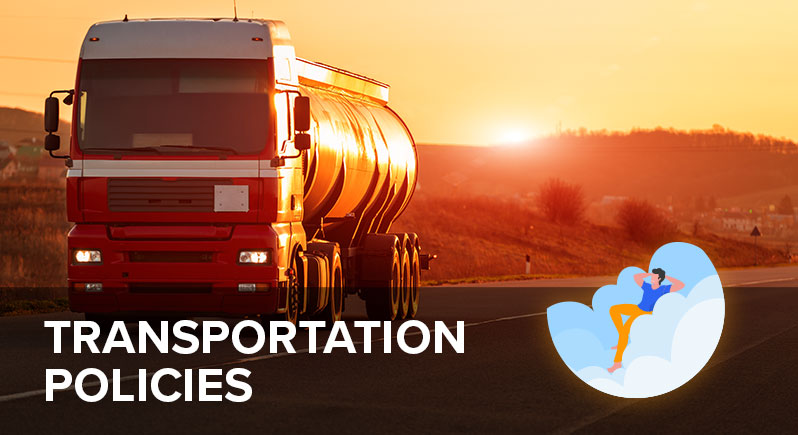 We all need to catch our ZZZs, get our beauty sleep, hit the hay, and squeeze in a little shut-eye, don't we? Truckers are no different.

I don't care where your consignee's location is. You've got to take a detour to dreamland for some sleepy-time every day. Sleep, or at least rest, is literally mandated by law for truckers. Indeed, enter sandman. And, enter sleeper berth rules.

Let's face it—hours of service, and especially the sleeper berth rule, can be complicated. And with the introduction of electronic logging devices, the leeway on hours experienced in years past has gone by the wayside. ELDs make the likelihood of getting dinged by HOS penalties that much greater. The margins in logistics are tight enough already. No one has time for costly fines.

Thus, in this article we attempt to cover everything you need to know about sleeper berth rules. Consider the reading of this brief article some rapid eye movement about the following topics:

The Sleeper Berth Rule Snuggles Up to the ELD Rule

First of all, the sleeper berth rule is a subtopic of the bigger topic concerned with drivers' hours of service (HOS), records of duty status (RODs), and electronic logging devices (ELDs). Basically, the Federal Motor Carrier Safety Administration (FMCSA) limits the hours truckers may drive in an effort to keep the roads safer for everyone.

In 1937, the FMCSA established the first HOS rules. They've been evolving ever since. The journey of HOS and RODs truly culminated with the ELD mandate. The goal of HOS has always been to balance sleep and driving (with some flexibility) in order to find the sweet spot between maximum safety and maximum miles.

Indeed, ELDs now track every nuanced movement of a truck. On the other hand, ELDs recognize only four duty statuses for any given driver. The duty statuses are as follows:

The Sleeper Berth Rule Spoons With the HOS Rule

To get a complete picture of the dreamscape of the sleeper berth rule, here's a refresher of the main HOS rules that dictate the majority of driver movements:

Bear in mind there are several exceptions to the HOS rules that we won't cover today. Instead we're concerned with that last one—the sleeper berth rules.

I'll Have the Sleeper Berth Split...With a Cherry on Top

Originally, the sleeper berth split was limited to 8/2 (eight hours and two hours). But the FMCSA expanded the rule to allow either a 7/3 or 8/2 split to provide drivers with greater scheduling flexibility.

An Example: How the Split Sleeper Berth Rule Works

The split sleeper berth provision allows a driver to extend an on-duty shift. The driver accomplishes that by splitting their required 10 consecutive hours of off-duty time into two shifts. In truth, drivers find this flexibility very useful.

How does the split sleeper berth rule play out in real life? Here's an example.

It's worth noting that the 14-hour window restarts at the end of the first split sleeper berth shift. That means in our example that the new 14-hour window would start again from 7 p.m.

Just remember, under FMCSA split sleeper berth rules, the combination of the two rest periods is considered the equivalent of a 10-hour break.

The Birth of the Sleeper Berth

The birth of the sleeper berth is worth noting. The interstate highway system in the United States began growing in the 1920s. The trucking market followed the first boom of the automobile industry. At first, trucks had no sleeper berth, and long-haul truckers mostly slept in motels. Later, sleeper berths came into being, but they were "often unsafe and uncomfortable," sometimes only 18 to 24 inches wide.

Sleeper berths were obviously useful to long-haul drivers because they allowed an increased level of efficiency and mileage. Over the years, sleeper berths have grown in size and comfort. Now a sleeper berth can be outfitted with nearly every comfort and amenity imaginable. Put another way, some sleeper berths are now on par with high-end luxury RVs.

Trends Around the Bend

Chandeliers in every truck might take a while to become a full-fledged thing. But technology of all kinds will certainly continue trending. Tech is already taking every corner of the logistics industry by storm. The bellwether moment was the ELD mandate that replaced the paper RODs log books in every commercial motor vehicle with tech. That said, the promise of tech has always been greater efficiency and optimal use of resources. As such, smart carriers aren't falling asleep at the wheel on tech.

Instead, wise carriers are refining their tech stack with several key features that can work in alignment with the spirit of ELDs. Remember, one key feature of ELDs is that they allow a driver to forgo a lot of paperwork. Less paperwork means more of that sleeper berth time can be spent on actual rest! Another example of this same calculus is clear in an app like Vector's.

Vector's software, for instance, provides extremely high-quality document imaging. That imaging power correlates to overall better document cloud storage management options. In other words, Vector allows you to digitize every load document, receipt, and scrap piece of paper. That alone streamlines work flows for both driver and back office. But it also allows for automatic, one-touch invoicing.

In short, tech can make our on-duty time far more efficient, which in turn allows for more restful sleep (or more time to play Truck Driver on Xbox) when off duty.

One Last Thing Before Lights Out

Wake up from your slumber on the new 7/3 split sleeper berth provision! Circumstances will dictate how a driver divides their time. But in general, the split sleeper berth rule—and the flexibility it offers—is a real boon to savvy drivers. That said, here's to sound sleep and the peace of mind of a job well done.

Now...you've read a story, had some milk, and brushed your teeth. It's time for bed. But we'll leave a night light on for you, OK? Sweet dreams!