Demurrage: The What, Where, When, and Why and How to Avoid It 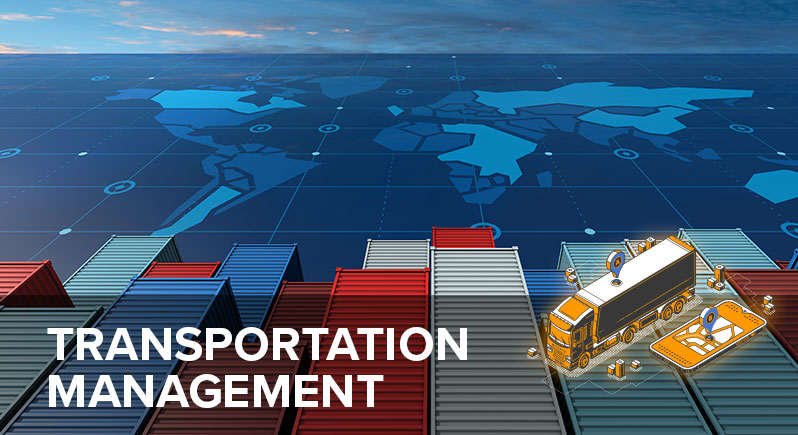 Running a shipping operation is no easy task—especially when considering all of the minute details you must account for. Everything needs to work according to schedule in order to maintain a profitable and reputable business. In fact, the slightest slip up could result in fines and angry customers.

As such, fleet operators must do everything they can to reduce the chances they make mistakes. And that starts with understanding what’s required of them to keep operations smooth.

For example, one penalty that fleet managers must be aware of when transporting goods is demurrage. This is a costly yet common issue facing shipping companies across all industries.

But what exactly is demurrage, and why is it a problem in the shipping industry? Keep reading to learn everything you need to know about demurrage and how to avoid it.

Once cargo arrives at a terminal, the shipment enters a “free time” phase. Here, it may sit without incurring charges until it goes out of the terminal to its destination. Free time can vary across different terminals, but in most cases, the period lasts two or three days.

Once the free time is over, cargo moves into a state called demurrage if it hasn't yet been cleared from the terminal. At this point, you may face a demurrage charge on the shipment.

Essentially, demurrage is a late fee of sorts that shipping companies can incur if they don’t follow proper protocols and procedures.

Why Does Demurrage Happen?

Terminals are busy places where space comes at a premium. Failure to move cargo in a timely manner can have a cascade effect. For example, other vessels won’t be unable to unload their cargo when there isn’t a place to store it.

To illustrate, imagine a large cargo shipment arrives at a terminal. The shipping company needs to unload cargo so that it can go through customs. However, there's no room in the terminal because another company hasn't yet moved its shipment due to transportation delays or other customs issues. This can create a shipping backlog.

As such, there must be a system in place to incentivize customers to move quickly during the unloading and clearing process. This is why demurrage charges happen. They help encourage smooth operations in a complex shipping industry that requires seamless coordination.

Who Must Pay the Demurrage Charge?

In most cases, the consignee, or receiving party, must pay a demurrage fee when goods sit too long in the terminal.

In some cases, the consignee may also face a fee from a carrier for taking too long. For example, when receiving a maritime shipment, it may be necessary to return containers to the vessel. If the consignee takes too long, it may face a penalty. After all, someone’s got to pay for that work.

Each bill of lading should clearly explain demurrage charges. That way, all parties are aware of potential fees and who would be responsible for paying them. Demurrage charges can often change during carrying negotiations. This is why it is important to make sure these considerations are clearly written out.

When Does Demurrage Happen?

Demurrage charges can increase daily. This can result in significant fees if cargo sits for an extended period of time.

As such, demurrage is calculated and put into the final shipping bill. In turn, this means demurrage payments occur at the end of a shipping agreement.

Now that you have a basic understanding of demurrage, let’s take a closer look at why it occurs.

Demurrage can happen for the following reasons:

Going through customs can be a complicated process. It's even more complex when paperwork is missing or when certain items may be illegal or subject to longer inspections.

Unfortunately, it’s the consignee who must pay when goods take longer than expected to make it through customs. Terminals and local governments will rarely cover demurrage fees—except in rare cases where local employees or officials made a mistake or another issue pushed a shipment into demurrage when it should have passed through. When this happens, a terminal may waive a demurrage fee to maintain positive customer relations.

Another common reason that shipments move into demurrage is because of transportation issues.

For example, a shipment may arrive at a terminal. Shortly thereafter, the manager might find that there's no truck to move the items to their destination. This often happens due to scheduling conflicts, bad weather, driver negligence, or vehicle failure.

Some companies are currently facing this issue with the ongoing pandemic. In some cases, there simply aren’t enough workers to move items in a timely manner. In these instances, the parties have to figure out advanced coordination to ensure that drivers are capable of receiving items and moving them out before demurrage fees apply.

How Much Does Demurrage Cost?

Most of the time, demurrage is calculated based on individual containers and time. A demurrage charge may run anywhere from $75 to $150 per day, per container. These charges may also increase as time goes on.

Demurrage charges can add up quickly—especially for large shipments. If you have 100 containers in demurrage for three days, and there's a demurrage charge of $150 per container, you could be looking at $45,000 in added fees to a shipment. That’s a lot of money!

As you can see, demurrage is no laughing matter—especially when you're transporting items at scale. Demurrage fees can eat into your bottom line, negating profits and frustrating customers.

As such, carriers and consignees should be actively looking for ways to reduce this costly issue.

How to Avoid Demurrage

The good news is that there are a number of ways you can avoid demurrage, which we’ll explore next.

1. Have Truckers on Standby

One of the best ways to avoid demurrage is to have an active fleet on standby in case something happens that will delay transportation. By using backup truckers, you can prevent items from sitting longer than they have to when drivers can’t get there in time.

It’s also a good idea to proactively communicate with carriers and terminal authorities. For example, companies can request more time when anticipating delays during the unloading process. So don’t automatically assume that you have to pay a demurrage fee. Terminals may be able to coordinate with other parties to free up space and thereby help you stay in the clear.

In some cases, it’s also possible to pre-clear cargo prior to its arrival. For example, if there's a trusted relationship between the carrier, consignee, and transportation party, and customs aren't required, it may be possible to pre-clear inspection and prevent unnecessary time from occurring in the terminal.

Companies often run into demurrage issues because they're using outdated, paper-based tracking systems and therefore lack mobility. Paperwork causes drivers to spend more time than they have to during pickup and delivery, making them fall behind schedule.

By digitizing paper workflows, companies can speed up shipping operations and avoid unnecessary complications. This not only improves workflow but also makes your life easier.

Check out how Vector can help you avoid demurrage charges.