Expert Interview with Wayne Steinberg, Director of Transportation and Logistics at US Foods

As Transportation and Fleet Manager for US Foods in Phoenix, Arizona, Wayne Steinberg has seen changes over his 30-year career in logistics and transportation.

Over $350 billion dollars was the amount of Gross Domestic Product attributed to transportation by truck in the most recent study, according to the Bureau of Transportation Statistics. 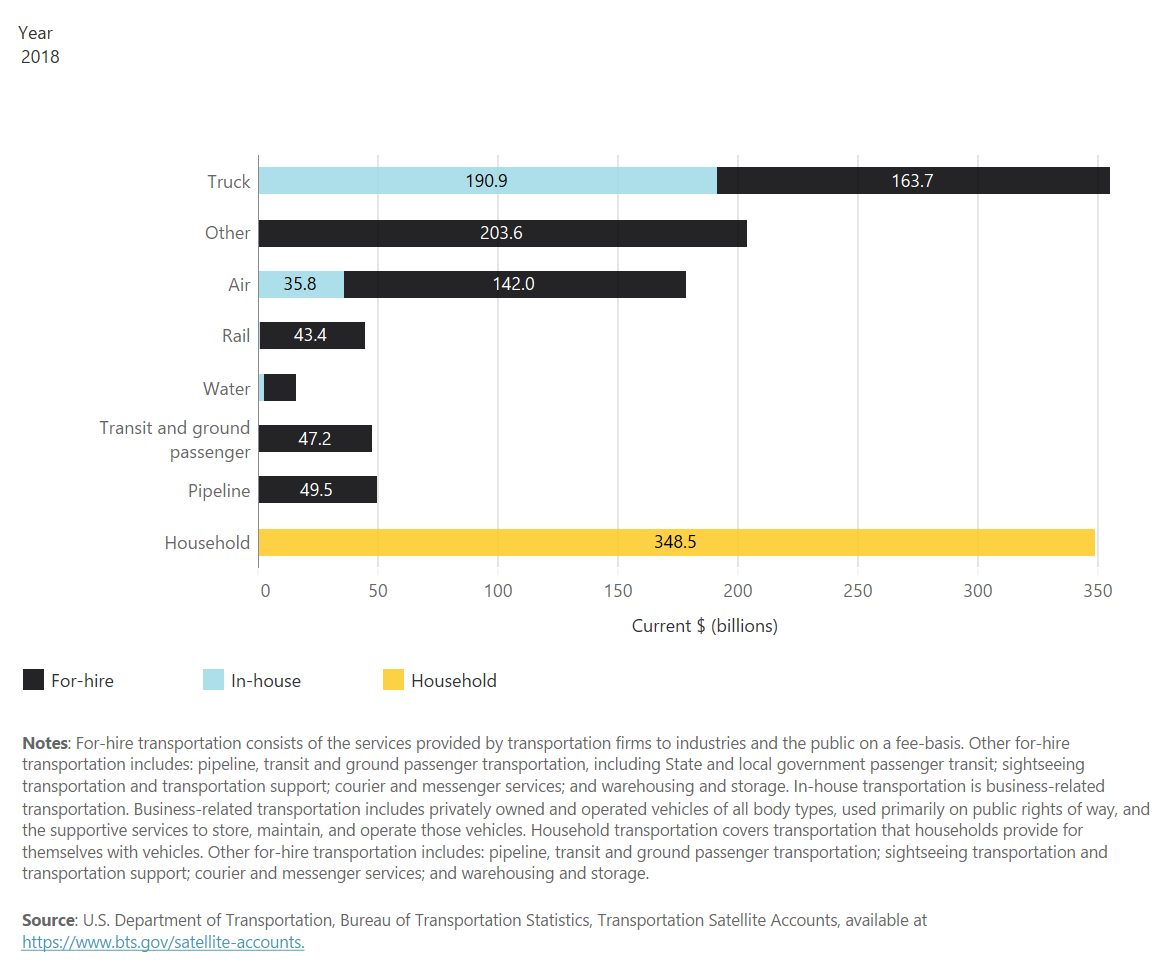 There are hurdles that must be overcome on a regular basis with changing regulations and an aging workforce. Still, it’s safe to say transportation by truck and transportation, in general, is essential to economic growth and success.

Transportation wasn’t his big dream, though - being a chef was. After spending 10 years in the United States Marine Corps, he attended a culinary academy and spent his days as a chef. After a few years of exhausting hours working in a restaurant 80 hours a week, he called it quits.

A couple of weeks later, his mom called and said UPS was hiring part-time to work through Christmas. After spending the holiday season at UPS, they asked him to work for them full-time. And so began his career in the world of transportation and logistics.

What are your responsibilities at US Foods?

I am responsible for all of our deliveries within the State of Arizona. However, I also have vehicles that do travel interstate. So, I am subject to all the deals and fun things that go along with that.

Currently, I only have to worry about three States (regulations), so it's not bad. It's not like the old days where I had to worry about everything and shipping.

What are some changes you’ve seen over the years?

Since roughly 1995, I’ve seen hours of service regulations go in the wrong direction. They reduced the number of hours people can drive. I know the arguments that were used, but when you compare the data today to then, they didn't reduce the accidents. So, what did the laws really do? That's just one of my two favorite examples.

The other one is the environmental requirements. California Air Resource Board is probably the absolute worst. In 2007, they passed a law that vehicles of a certain age either had to be retrofit or couldn't drive in California. It affected me because I had to lose 35 tractors in 60 days.

Lawmakers sometimes have good intentions, but they don't understand the fallout from everything they do. When I was at UPS, I was on a team of three people around the country that whenever a law change was proposed, at least one of us was sent to give testimony based on what they were looking for. I basically just did the West coast, thank goodness, because I was most familiar with those laws.

Sometimes, I wonder if people are trying to end business or make it better. There's a balance there that I don't know that it's always met.

We were discussing the changes in the regulations and having to keep up with them. What does that look like for you?

Yeah, when you’re working with the equipment providers, the tractor-trailer builders, and then trying to keep up with the changes for the different laws in the different areas and then adding more and more electronics, you have to keep up.

So keeping everybody trained on the current equipment, updated on the regulation for any adjustments you have to make, you have to subscribe to all of the lists from all of the different agencies that could affect you.

Recently, they changed the hours you could drive from 10 hours back to 11 hours. It helped, but if you're running a team of drivers, we used to be able to run them 5 on, 5 off, to meet the requirements. You can't do that anymore because you have to have the 10 hours off in between.

Then, they did input the 34-hour reset, which was a good thing after the mistake of changing the hours of service to begin with. But it didn't go far enough. Realistically, it should have been 24 to get a reset, not 34.

He’s referring to the HOS Final Rule regulations that became effective in September 2020. 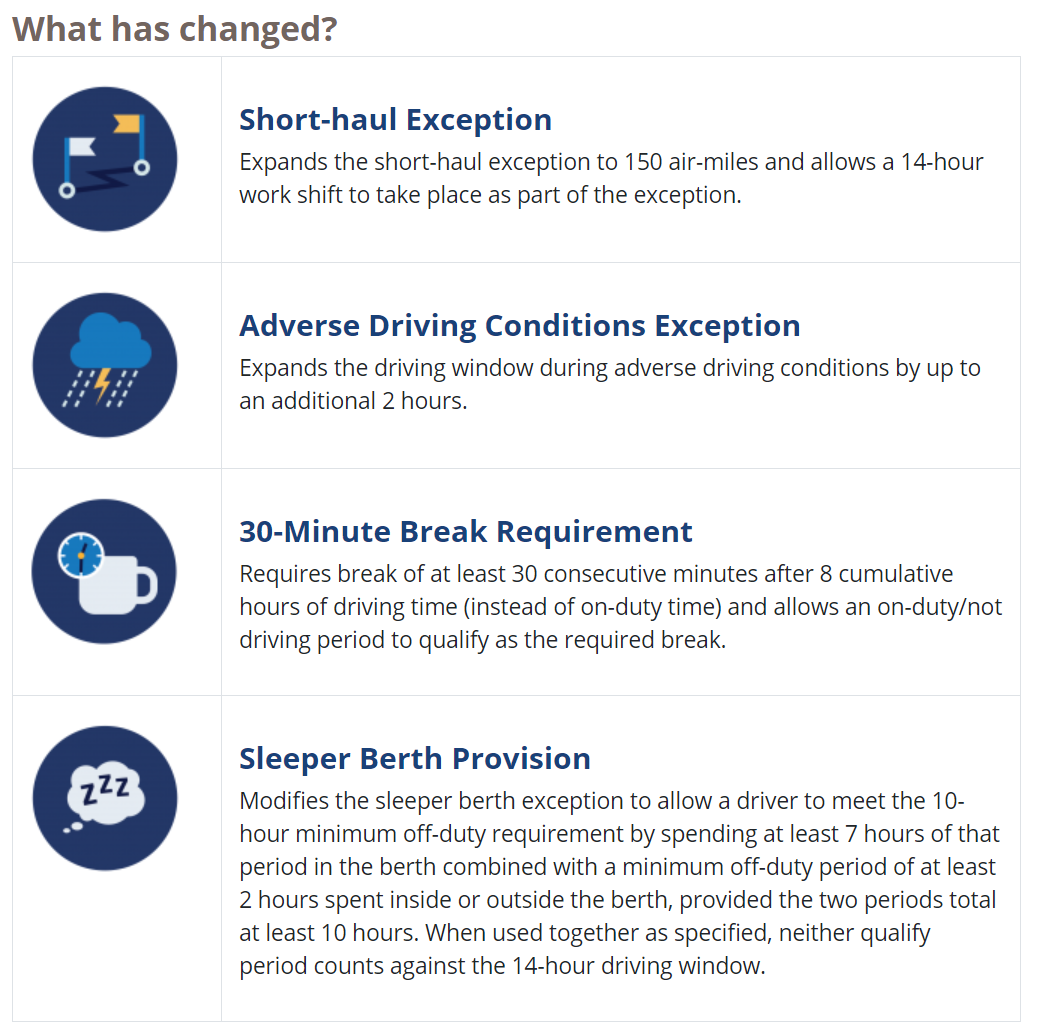 Where do you keep track of industry news, updates, and regulations?

I'm subscribed to the DOT, the FMCSA, different drug and alcohol programs throughout the country, and the Arizona trucking association. I am semi-active in the Arizona ADOT.

Have there been any improvements you’ve seen over the past few years?

I’m not seeing a positive trajectory. There are a few things to base that on. There are too many loads that aren't being moved across the country right now. There is an extreme shortage of drivers.

The most recent rule-making took away the ability for private companies to train their own drivers. So now every driver will have to go through a school (registered training provider) someplace.

He’s referring to the FMCSA’s Entry Level Driving Training (ELDT) regulations which go into effect February 7, 2022. This will require entry-level drivers who are getting a CDL for the first time to be trained by a registered training provider.

So, you're paying an excessive amount of money. Even though they went to a school for four or five weeks, they aren't really safe to be behind the wheel.

In the old days, as an enticement for growth of the companies I worked at, we would promote people from the warehouse into driving positions. But now we can't do that unless we're willing to fork up that money, lose four weeks of time that we'd have to pay those hours for, and then come back and have to retrain them anyway.

Tell me what you saw last year that was new from years before. Whether that was shortages or more hours or what that looked like. Did you see changes?

For us at the company I work for now, when people are not allowed to go out and eat, we can't deliver as many groceries.

And then owner operators or independents were bidding on loads but getting themselves in some financial scrapes because they were trying to lowball to have the work.

And sometimes they weren't covering their costs. That's a delicate line to balance too.

People still have to go to grocery stores or have their groceries delivered, but you don't see guys in tractor-trailers, delivering from a Safeway or an Albertsons or a Fry's or a Shine's; it’s all in little vans.

If you look nationwide across the industry, all the major companies were either furloughing or laying off drivers. When that happens, you lose that talent pool. My experience is, once you lose that, it takes years to get that back.

Was there anything else last year that you think made a difference? Or have things kind of smoothed out a little bit?

It's starting to smooth out. I didn't see any real change until probably mid-November. But here in Arizona, normally, everybody on the planet that works here would be bursting at the seams because of spring training.

But for spring training, they're only allowing 25% of the stands to be filled. So in a state like this, that's really seasonal and it's going to just hurt the bottom line two years in a row.

My daily routine starts with calls to my department heads determining what kind of day we’ll have, whether it’s something like equipment issues or personnel/staffing challenges.

Then, it’s sorting through the data, depending on the day of the week, of either yesterday’s information or last weeks. Then, I prepare my reports to the corporation and follow up with any discrepancies I encountered.

I then work with the supervisors to ensure their knowledge and skills are improving. I then call our sales reps or customers to ensure that we are fulfilling all of their needs.

What are the systems or processes you do every day to keep things moving?

So for the companies that I have worked for, we've had to lean on technology a lot. Either for GPS tracking of vehicles, computing miles for taxes, or fuel usage for taxes.

With the constantly changing regulations and record-keeping requirements, you have to find a company to get stuff from like that. One that will actually stay on top of it and keep you compliant.

Who manages your systems?

I have two people dedicated just to stay on top of systems here throughout the day. They are transportation supervisors and dispatchers that utilize the systems to ensure that the trucks are where they claim to be.

They have to know information like are we actually delivering what we're supposed to. Or did we go out of town? If so, did we cross the state line in, or are those miles being calculated? Did a driver accidentally push a button that put them into violation?

And I have a small fleet here. I only put about 80 routes a day on the road compared to previous roles. But it's still a full-time job.

Then, as a company, we have IT groups that have tried to consolidate our reporting. We use programs like Tableau that are a great resource when you're trying to bring everything together.

One of the things I’ve found is that different groups are trying to obtain different data and they don't pull the data from the same spot. So you're not comparing apples to apples. I talked to one of my counterparts today, and we had a delivery case discrepancy of 20,000 from one report to another because of how they recorded it.

So it's always a challenge to make sure that data is correct. I mean, it's the old saying GIGO - garbage in, garbage out.

What about the next generation of drivers? What’s the training look like?

I have, maybe, seven guys with master's degrees that are driving trucks now.

There is really an aging workforce to move things. 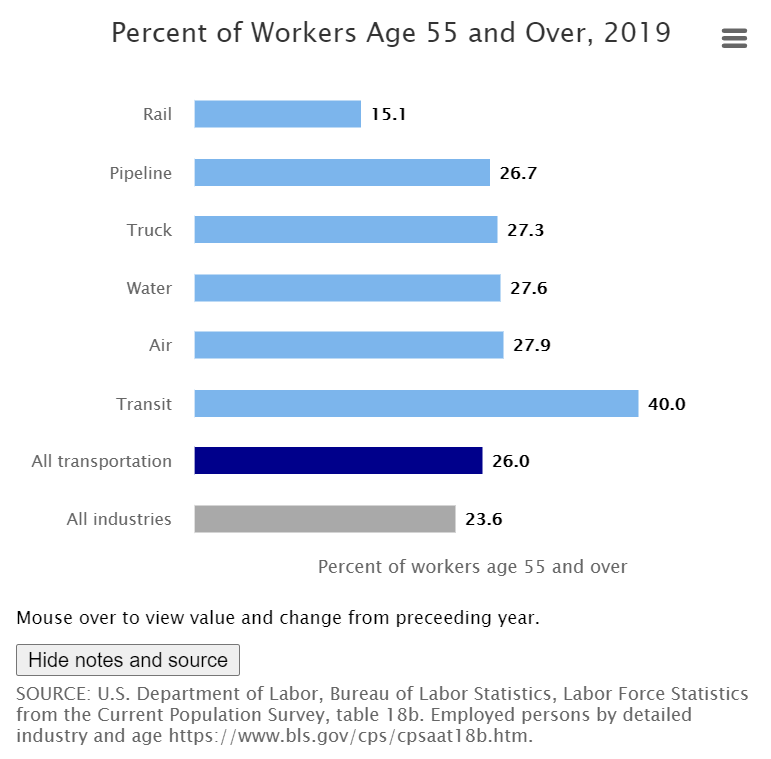 They keep talking about technology like self-driving vehicles, which I really don't know that I would want to be anywhere near a self-driving tractor trailer, pulling triples across Texas, Indiana, or Washington state.

Another hard part (of training) is training your replacement...

One of the things I learned in the military was that you couldn't move on until you had your replacement trained. And I don't see that anymore in any company I've worked for. I know that personally, I have three people that can do my job right now.

What do you enjoy about transportation?

Since I was semi-self taught, I had to learn everything the hard way.  Because of that I’ve sort of become the "Shell Answer Man" for all of the companies that I have worked for.

With that, I have a good reputation which brings me in contact with others that are trying to either get better or looking for information. The hard part is staying on top of all of the changes that are always happening.

US DOT - Drug and Alcohol Testing

What Is Intermodal Transportation? Definition and Motivations

What Is Intermodal Transportation? Definition and Motivations July 1, 2020

The Top 3 Benefits of a Transportation Management System

The transportation industry is becoming increasingly digitized, as companies across the sector move...