The What, Why, and How: A Complete Guide to Truck Detention 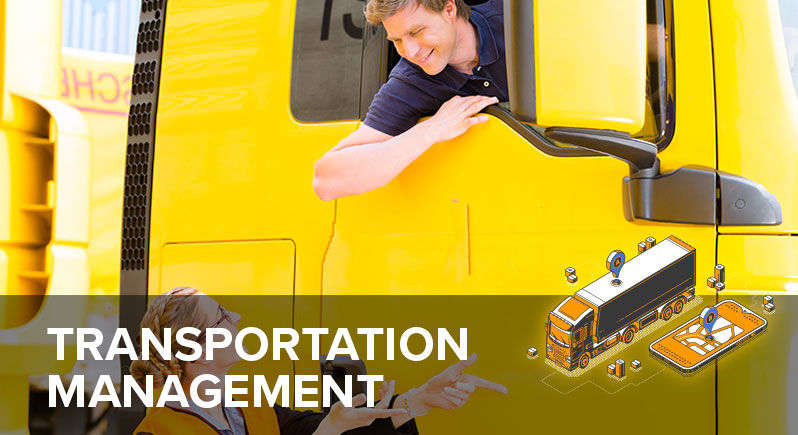 By the end of this post, you should have a thorough understanding of truck detention, why it's an unavoidable part of the industry, and how to make sure you get paid when it happens.

What Is Truck Detention?

When a driver arrives to a pickup or delivery location, there's a built-in "free time" period for loading and unloading the truck. Free time is essentially what people consider a reasonable expectation for the amount of time that it should take the shipper to load the driver's trailer or the receiver to unload it.

The amount of free time varies from carrier to carrier. However, a good baseline is usually two hours. To put it more plainly, when your driver arrives to pick up a shipment, there's a reasonable expectation of two hours to load the truck. Anything over two hours is "extra" and would be considered detention time.

Detention hours put drivers behind. Not only can they end up late to other stops on their route, but this can also eat up your drivers' hours of service.

One last note on truck detention: This is much more common with FTL loads rather than LTL loads. With LTL freight, drivers often don't have the time to wait and will simply leave and continue on their route.

Next, let's discuss why detention occurs.

Why Does Truck Detention Happen?

You have no control when it comes to whether your truck gets detained. Unfortunately, this is one of the ongoing struggles carriers face regularly. So why does this happen?

The fault lies squarely on the shoulders of shippers and receivers. A lack of organization and lax attitudes on docks tend to create the problem. Whether shipments aren't ready to go or the docker workers are simply taking a carefree attitude, the delays to your drivers are significant.

Time is an enormous sunk cost in detention. According to Business Insider, nearly 10% of all truckers detained at warehouses say they were detained by six hours or more. This time delays your driver, eating into their legal hours of service. It also delays other pickups and deliveries. And it delays delivery of the goods being loaded at said warehouse.

Even more than time, detention has tremendous financial impacts. I'll address those next.

The Financial Impact of Truck Detention

First and foremost, detention affects your drivers. There's the obvious effect to your drivers' morale by sitting and waiting for seemingly endless amounts of time. But with detention, drivers aren't making money. Detention pay outside of a carrier's designated free time usually ranges from $25 to $100 per hour. Yet, even if you're able to secure this pay from the shipper or receiver, it often doesn't fully cover the driver's costs for the lost time.

Drivers typically receive their pay per mile. By sitting still, they're losing time and opportunities to keep their truck moving to collect other job opportunities to maximize their profits. Further yet, there are the costs of fuel incurred with drivers sitting and waiting for extended periods of time as well.

All put together, these amounts add up significantly. According to a 2018 study by the Department of Transportation, drivers lose an estimated $1.1 billion to $1.3 billion every year due solely to detention.

You read that right. That's billion, with a B.

I mentioned earlier that typical detention pay ranges from $25 to $100 per hour past the designated free time. So how do your drivers get this payment?

You're responsible for paying your driver. You need to have a set amount you're willing to pay for detention. Then, you need to take care of your drivers.

Unfortunately, you may not be receiving the compensation you need in order to do this. However, as a fleet manager, your drivers are your lifeblood. You must pay them for their time.

Let's go back to how you may lack proper compensation.

Shippers and receivers are notoriously reluctant to actually provide and process the payment they owe you for detention—so much so that many drivers and carriers are afraid to even ask for it. Yet, as I mentioned above, the financial impact for detention loss is enormous. Your company and your drivers simply can't afford to miss those payments.

In this next section, I'm going to get into how shippers and receivers can better avoid detention in the first place. Then, I'll discuss some ways you can help mitigate the financial loss and make sure you're receiving as much owed detention pay as possible.

How to Handle Detention Correctly

As I mentioned previously, there are two major areas you can look at to mitigate detention. First, let's look at what shippers and receivers can be doing to minimize the necessity for detention. You, as a carrier, can use this information to ask the right questions before deciding if you even want to consider sending your truck into a given facility.

How Shippers and Receivers Can Minimize Detention

There are a number of great ways you can minimize or even eliminate detention. You should know about where you're going and see if they embrace these ideas.

How to Ensure Payment

I don't have a magic pill for you here to guarantee accountability from shippers and receivers. You do, however, have access to advancements in mobile technology that have made it easier than ever to get paid. I've found a couple of ways to do this.

One is the advent of freight brokerage apps. Should you book your freight through these apps, many of them offer detention pay directly. Essentially they're making sure you and your drivers get paid. They do the hard legwork on the back end.

You also can help yourself with simple, customized digital workflows. Technology now exists where your drivers can log arrival and departure times. The software can even log times automatically. Furthermore, it's possible to track GPS coordinates to prove the truck's location.

You can't let yourself get down over detention. It sucks! I can't sugarcoat it. You can, however, be proactive to mitigate the damages that come with it.

I strongly encourage you to ask questions before booking your loads. You should know what each shipper's policies are when it comes to detention. You should also know what steps they're taking to avoid it.

Lastly, I can't possibly recommend mobile driver workflow enough. So much of getting paid what you're owed in logistics is proof and documentation. When you come to the table with digital time stamps and GPS locations, it's almost impossible to refute you. Own your mistakes, but hold shippers and receivers equally accountable for theirs.

This post was written by Matthew Zandstra. Matt has been working in transportation and logistics dispatch for the past six years, both as a broker and direct to drivers. He’s familiar with various facets of relationships, technical systems, pricing mechanics, and commodities.