Straight Bill of Lading: An Explanation and Examples 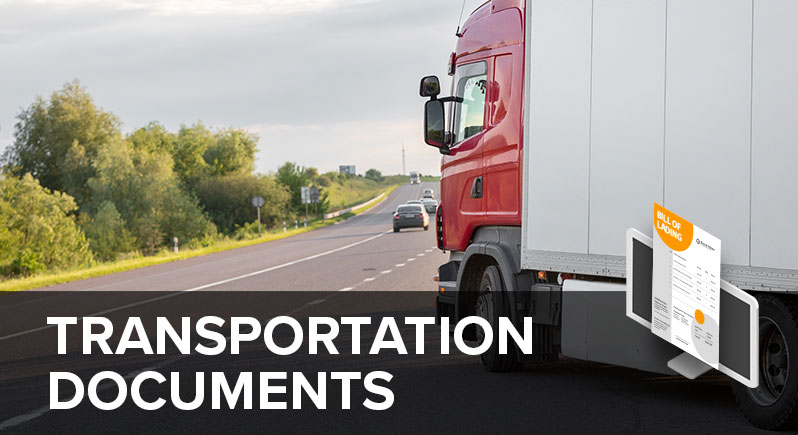 In the transportation industry, there's a thin line between order and chaos. And that line is the bill of lading.

If you’re unfamiliar with this term, a bill of lading is a list of goods that a consignor, or shipper, gives to the consignee or receiving party before transportation. This document serves as both a receipt and a list of instructions. It details exactly how items should be taken to their destination. A bill of lading ensures safe, accurate, and lawful shipping arrangements, therefore making it a critical document.

When a bill of lading is missing from the equation, bad things happen.

What Is a Straight Bill of Lading?

In other words, a straight bill of lading can't be given to another party after shipping or upon arrival. It's a binding document. It indicates that a shipment must go to the authorized consignee or their receiving party. There are no ifs, ands, or buts here.

It’s important to understand that no other entity may accept a straight bill of lading. Doing so will violate its terms. In turn, this will result in a breach of contract on either the shipper’s part or the receiving party's part.

Another thing to keep in mind is that a straight bill of lading can only serve as evidence of receipt of goods or a contract of carriage. There aren't other applications.

How Does a Straight Bill of Lading Work?

In a straight bill of lading arrangement, a seller will first determine an appropriate method of transportation for the seller’s items. After that, they will then deliver the goods to a specific location that both parties agree on.

Also of note is the fact that a straight bill of lading can be either a paper or electronic document (more on that below). Using an electronic bill of lading offers some important advantages, which we will dive into at the end of this post.

Using a straight bill of lading enables the buyer to receive goods directly from the carrier, without requiring an original bill of lading. This results in faster deliveries, with less risk of demurrage or port storage fees occurring at the time of arrival. All the receiving party has to do is provide valid identification indicating that they are in fact the person who's there to receive the item. Once they do that, they'll be able to obtain their shipment.

For example, the carrier may present the item to an authorized individual. In this case, the person would show valid proof of identification, sign for the item, and then the transaction would be complete. It’s that simple.

In a straight bill of lading agreement, both sides know all transportation details in advance of shipping. Whatever happens, those details don't change after departure for any reason.

As a result, nobody can sell the bill of lading to another third-party organization. This gives the buyer and seller greater peace of mind when delivering shipments to their destination, at least from a logistical perspective. It also prevents third-party carriers from purchasing a bill of lading and potentially changing the terms of the delivery.

You knew there were going to be some disadvantages, right? Let's look at those.

Since there's no requirement to present the original bill of lading to the buyer, this opens the door for more transactional risks when it's time for payments. It’s also classified as a higher risk for banks, as they tend to lose control over shipment in a straight bill of lading agreement.

Now that you have a general understanding of what a straight bill of lading is and how it works, here are a few examples of how people use them.

In the vast majority of cases, people use a straight bill of lading to transport goods that are gifts or donations, where no payment is required. For example, someone may choose to donate a shipment of supplies to help construct a new school playground. In this case, the consignor would already pay for the items—dictating the terms of the shipping arrangement. In this example, the straight bill of lading is the easiest way to transport items to their destination.

A straight bill of lading may also come in handy for a situation where the consignee has already paid for their items. This often happens when an item goes back to the seller in a return. For example, a buyer may purchase items that get damaged during delivery and need to be re-shipped. In this case, a straight bill of lading would be a wise choice to transport items back to the customer.

A straight bill of lading may also be part of a transaction where high-risk items need to go to their destination. This most commonly occurs when the parties can't afford to have any conditions change that may affect the quality or security of the delivery.

Digitizing the Straight Bill of Lading

Most organizations today are still using paper documents for the bill of lading. Unfortunately, this opens up the door for fraud and delays. After all, paper can get lost and stolen. Beyond that, paper is bad for the environment, and ink costs money, too. In the digital age, it's much easier to work with digital forms.

Vector is bringing digital transformation to the shipping industry, offering tools for creating custom forms that work on any mobile app. With the help of Vector, forms like the straight bill of lading are easy to digitize—bringing more efficiency to your company’s workflows. What’s more, this can also enable contactless transactions, resulting in faster and more secure deliveries. Beyond that, it also helps organizations reduce costs and protect the environment while improving the experiences of everyone involved in a transaction.

Using a contactless straight bill of lading is also an excellent solution for safely delivering items during the ongoing COVID-19 pandemic. By using less paper, companies can reduce driver exposure. It may seem like a small gesture. But at scale, this can help provide a safer and more worker-centric environment. What’s not to like?

Ready to bring your company into the 21st century? Vector is standing by and ready to help digitize your straight bill of lading.