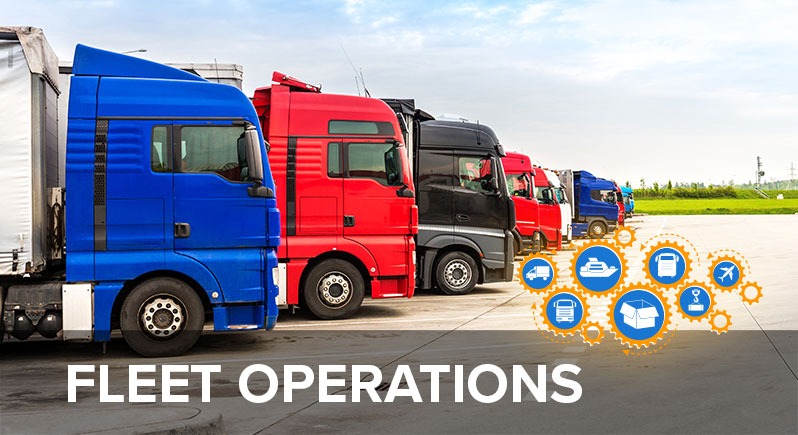 "Just drive. And keep your head on a swivel." —Bill

After my father-in-law passed away it took a while, but eventually my mother-in-law met Bill. Bill's a good man and a truck driver with twenty-two years of experience out on the road. Bill loves to talk and is like Yogi Berra in the humorous way he can twist a sentence. He loves driving a truck, logs tons of hours, and is a wise sage of the road.

I called Bill the other Saturday to see how he's doing and pick his brain on the topic of driver retention. I wanted to get his perspective on the question of how trucking companies can reduce driver turnover. We talked for a long time, and our conversation covered a lot of ground.

If you're looking for ways to avoid driver turnover at your trucking company, pull up a chair. I've distilled the highlights of my discussion with Bill down into what we can call the Big Five components of driver retention.

Bill's the type of guy who's big on self-responsibility, so I knew he'd have a balanced take on things. Put another way, if a trucking company can master the Big Five, it won't have a problem with driver retention. But on the other hand, drivers must hold up their end of the bargain too. Like Bill says, "You might think the grass is greener on the other side of the fence, but really it all depends on where you water."

There's a lot a driver can do to help himself or herself, his or her situation, and his or her company—all at once. It's a truism that your attitude is the one thing you can control. Therefore, drivers, fleet managers, and business owners all must reciprocate in order for the Big Five components to work. Bill's a testament that things can work great if everyone pulls their weight in the same direction.

Trucking's all about relationships—just like every business. That said, let's dive into the Big Five of driver retention.

"The first key to driver retention is to treat them like human beings. Or better." —Bill

When Bill isn't driving, he's reading. And when he is driving, he's listening to audiobooks or podcasts. He's still learning, despite his 65 years. That means Bill's pretty well-rounded. He's observed good driver treatment and summarizes it simply as "treat 'em like family."

For example, Bill said he was just offered the weekend off because the boss observed how much he'd been driving lately. Bill appreciated the gesture, but he assured his dispatcher that he wanted to drive now, while the sun is shining. (He prefers to save up his downtime for bad weather and vacations.) That's an example of good communication on both ends.

Meanwhile, Bill has also watched drivers with bad attitudes make regretful decisions over minor issues. The problem for some drivers, as Bill put it, is: "No matter where you go, you go with yourself." Therefore, he cautions drivers not to constantly think there are better situations elsewhere. "You'll realize after you leave one company that it's the same highway, the same truck, same freight, and the same you."

In summary, drivers have to have some perspective about things. But if a trucking company doesn't know a driver's name, it's a bad sign for turnover. Don't treat your drivers like a truck number.

Bill lives in and operates out of the Midwest. As I mentioned, he's a veteran driver of 22 years. He describes the trucking company he works for as big enough that they have good repeat customers but small enough that they fly under the radar from the threat of being bought out. Bill went on and on about the pros of a good repeat lane. But in essence, it's all about a driver's familiarity and comfort level.

For example, when you're crossing the Rockies in the winter, it's good to know exactly where you're going the entire way and to be aware of any alternate routes. Going hand in hand with that, drivers really appreciate knowing the operational ins and outs—and any flexibility—at the consignee. In addition, Bill said he loves it now when a warehouse or consignee uses a high-quality contactless freight app, such as Vector's. He said it makes the pickup and delivery faster and safer.

That said, drivers can always be professional, kind, and have a good rapport with customers. For example, according to Bill, conversations out on the road often center on the hot topic of autonomous trucking. To that end, Bill told me about the Minnesota farmer he hauls peas for from time to time. The farmer once asked Bill about the idea of "robot drivers." To which Bill replied (using a robot voice), "I'm here. To pick up. Your peas." The customer requests Bill now whenever possible.

On the flip side, providing drivers with quality backhauls is a huge bonus when it comes to retention. Work those phones, pay a little premium, but get the drivers home. If you keep delivering good lanes and loads to your drivers, they'll keep delivering for you.

Bill was clear on this point: A driver needs a well-maintained rig to perform the job. If drivers see the equipment isn't being managed properly, that could make them run for the exit. Breakdowns happen from time to time, but it's unacceptable for that to happen with any frequency—especially with telematics technology tracking the vitals of each truck.

There's literally too much unknown territory for drivers to navigate daily. Thus, reliability of the equipment is high on a driver's hierarchy of needs.

Although the truck is the biggest part of maintenance, that's not the only component that needs attention. The aforementioned telematics need updating. Your company's entire tech stack can either help or hinder a driver. If the system is glitching and the driver's clutch is popping, it won't take long for that driver to get frustrated.

4. Use the Best App for Streamlined Driver Workflow

Tech has changed the trucking industry since Bill began. When he started, he was making calls on pay phones and using paper maps. Then came fax machines, and after that came email and GPS. Now smartphones have introduced apps that streamline deliveries to the point where you don't have to wait an hour for a paper copy of a bill of lading. Now all the information and paperwork is exchanged digitally direct through an app, such as the one developed by Vector.

It's amazing what these apps can do. In addition to streamlining picks and drops, on the back end, they make turning in load paperwork a cinch. No more dropping the trip pack in the box. Now, all the load documents are digitized and in one secure location. In truth, the Vector app make everyone's life easier—whether you're talking about the driver, back office staffers, fleet manager, customer, or business owner. The simple suggestion is to get the best app you can find and implement it.

We've already discussed several key elements regarding driver health and safety. For example, well-maintained equipment makes the roads that much safer. Noticing that a driver's been redlining it and suggesting a little rest and relaxation goes a long way. Repeating lanes and loads give many drivers a certain comfort level. All these things can add up and make drivers consider your company a good gig.

In addition, when there's a nationwide health crisis like COVID-19, there are a couple things you can do to win over your drivers. The first one Bill mentioned is that his company added a small monthly cash bonus to drivers. That small token of extra cash helps offset the little extra expenditures like hand sanitizer, and it helps show the company cares for and appreciates its drivers.

More directly, the aforementioned Vector app facilitates contactless freight. Allow your drivers to maintain social distance while getting the bills of lading, proofs of delivery, and load docs that make freight go 'round. Drivers like Bill don't want to put themselves at risk of infection. Bill has no interest in being the next Typhoid Mary. Drivers don't want to risk bringing infection back to your company and their families. They just want to do their jobs.

For a relatively small investment in software like Vector's, you can do more than just tell drivers you care. With Vector, they can hold updated technology in their hands, see it on their phones, and use it daily. At the same time, your back office workflow is streamlined, helping you manage cash flow, expedite documents, and eliminate paperwork.

Appreciate the Drivers on the Front Line

Drivers are on the front line every day. While more jobs involve sitting behind a computer screen, drivers are behind the wheel, out in the world. They're seeing the country. More than most, they have a real sense of the look and feel of our nation. Let's respect the perspective and sage advice that drivers like Bill provide for the rest of us.

Keep your drivers happy, just keep truckin', and keep your head on a swivel!