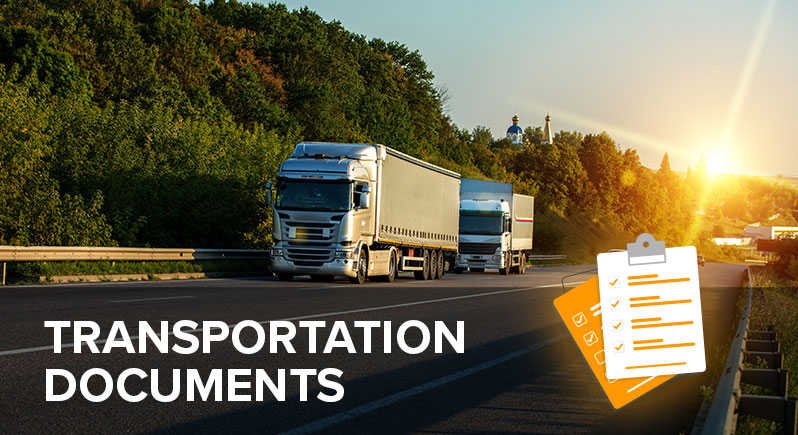 Today we're talking about bill of lading (BOL) apps and how digitized BOLs make touchless freight possible. There's no doubt that the freight industry is trending toward paperless freight. The reason for the game change to paperless and touchless or contactless delivery is simple. In short, it's just better.

In this article, we'll dive into the reasons BOL apps streamline BOLs. We'll also look at why touchless freight is such a game changer. While there are a few BOL apps on the market today, for the sake of efficiency we're going to focus on the best BOL app, by Vector.

Michael, the Bulls, and Contactless BOLs

If simply focusing on the best sounds unfair or biased, let's make an analogy. Say you had to win one basketball game. Would you rather have Michael Jordan on your team or Mike, the guy from accounting?

If you want to cut right to the chase and download the Jordan's Bulls of contactless BOLs, go directly to Vector. If you want to learn more before taking the next step, we're going to cover this information below:

By the end of this article, you'll have a clear idea of what digitized documents and the best BOL app can do for your company.

The Business of Sports and the Sport of Business

“You must expect great things of yourself before you can do them.” —Michael Jordan, also quoted in Forbes

The business world loves sports analogies. There's a correlation between the  competition under the backboard and the competition in the boardroom.

For example, business meetings at many companies are full of the language of sports. It's all about our team versus their team. We talk about the all-star performers, and we delight when a deal is a slam dunk.

On the other hand, professional sports is filled with the language of business. There's contract negotiations, endless deal-making, and of course the favorite quote of both ownership and players whenever a reporter asks about salary is, "it's just business."

Then of course, there's the short list of athletes who've been great on the court and in business. Which obviously brings us to Michael Jordan.

The Jordan Brand and Being the GOAT

“I’ve missed more than 9,000 shots in my career. I’ve lost almost 300 games. Twenty-six times, I’ve been trusted to take the game winning shot and missed. I’ve failed over and over and over again in my life. And that is why I succeed.” —Michael Jordan, as quoted in the Chicago Tribune

Most people know the Michael Jordan biography by now. He hit the game-winning shot for North Carolina in the NCAA finals. MJ then went on to win six NBA Championships in the 1990s with the Bulls. He was the cornerstone of the Olympic Dream Team.

Off the court, Jordan perfected the athlete endorsement: Nike, Gatorade, Hanes. Jordan bought the Charlotte Hornets in 2010, an investment now worth more than a billion dollars.

But the situation wasn't always rosy. Along with those 9,000 missed shots, fans remember the gambling rumors and the failed stint playing baseball for a minor-league team affiliated with the Chicago White Sox.

MJ is not only the greatest athlete of all time but also a great businessman. His competitive fire and the way he changed the landscape of professional sports is inspiring for those who are looking to make a big impact for their businesses.

“The minute you get away from fundamentals—whether it’s proper technique, work ethic, or mental preparation—the bottom can fall out of your game, your schoolwork, your job, whatever you’re doing.” —Michael Jordan, as quoted in The Sports Column

If you're anywhere near the freight industry, you know bills of lading are a fundamental mainstay of logistics.

In essence, BOLs perform many roles. For example, BOLs provide all the basic load information for every shipment. But BOLs also contractually protect shippers, carriers, and consignees. BOLs also act as a document of title as well as a receipt.

The process of signing a BOL is considered a legal exchange of ownership and proof of transaction. Thus, at the end of the day, BOLs are essential to the freight industry. Without BOLs, you're looking at chaos in logistics.

Why Digitize Documents With a BOL App? Working Around Risk

“Obstacles don’t have to stop you. If you run into a wall, don’t turn around and give up. Figure out how to climb it, go through it, or work around it.” —Michael Jordan, as quoted in the Christian Science Monitor

On one hand, logistics never changes. On the other, logistics is constantly changing. What do I mean by that? For starters, there are unchanging elements to freight (like BOLs), not to mention the general truth that logistics makes the world rotate. The logistics industry is an essential part of globalization.

That said, logistics is dynamic. It's constantly subject to market swings and the same ever-changing forces as many other industries. Even when a global pandemic strikes, freight still must ship.

Fair enough. How do you limit the risk of illness spreading throughout your entire fleet, warehouse, back office, or community? Use something simple, inexpensive, and fundamental: Vector's BOL app.

The trend is moving to contactless, touchless freight. Why risk spreading disease for a signature?

In reality, decision makers at shippers, carriers, and warehouses don't just have businesses. They also have families to think about.

Thus, making the call to work with Vector and its BOL app is a like Jordan hitting a game-winning shot. Be like Mike.

Just Do It: The Multiple Ways Vector Elevates Your Game

“You can practice shooting eight hours a day, but if your technique is wrong, then all you become is very good at shooting the wrong way. Get the fundamentals down and the level of everything you do will rise.” —Michael Jordan, as quoted in The Champion's Comeback

Before touchless freight became the new normal, Vector was already recognized as an industry leader in digitized documents. Vector's mobile imaging tech was dubbed "perfect scan" and is still considered best in class.

The reliability of Vector digitization helped push companies toward a paperless office. Before the touchless freight movement, Vector's primary offering was as a tool of efficiency. Indeed, the integration, customization, and resulting efficiencies that Vector helps its customers achieve is an incredible value proposition.

Like Peach Baskets for Hoops, the Paper Chase of Freight Is a Bygone Era

Waiting forever for drivers to hand in their paperwork led to cash flow issues for business owners. At the same time, you were also beholden to the frustrating time-suck of back-office busywork, mountains of white paper, and the constant slamming of filing cabinets.

In contrast, the Vector BOL app allows drivers to trigger automatic customer billing directly upon delivery with the click of a button. And it stores all data neatly in the cloud, where you can search it like Google.

Freight is an unbelievably competitive industry. Those looking for every advantage will set themselves apart. Right now, with Vector's BOL app, the opportunity is there to reevaluate fundamentals and begin leveling up.

What's Your Legacy Going to Be?

We might not be able to fly like MJ in his prime, but hey—neither can MJ anymore. That said, Jordan's competitiveness is still something to marvel at. His desire to win and work ethic are inspiring.

His dedication to and elevation of fundamentals allowed Michael Jordan to change the world. Why can't we do the same?

In other words, get in touch with Vector. And be like Mike.